In a day of superstores and franchises  alienating, rather suffocating, mom and pop shops and pricing the local owners out of business, I think it’s important to support the local business with ties to the community. It’s not often, ok I’ve never, promoted a business here on wordpress. Until today.

I understand that very few of the people following my blog live in Delaware. The disintegration of the Downtown is not unique to the city of Dover. It is an Everywhere America issue. Downtowns are failing everywhere across these United States due to superstores, malls, perceptions of crime, perception of demographics, and so many other issues. Those once vital social centers of commerce are disintegrating before our eyes. People often patronize the very conglomerates suffocating the local business of every Downtown across this land. Support your local business. Support the revitalization of Downtown Everywhere.

My hope is this post might make its way around Delaware as a word of mouth promotion for a local restaurant in Downtown Dover. 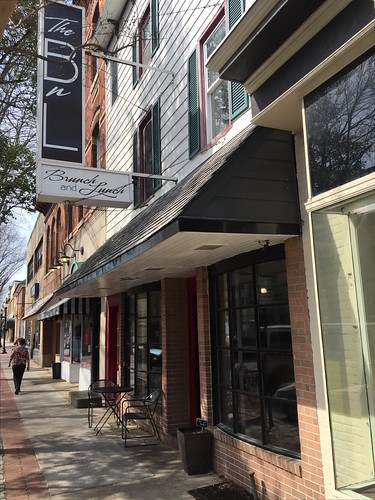 After talking to the owner, and eating the food, I am convinced that The Brunch and Lunch located at 25 Loockerman St, Dover, De is exactly the kind of restaurant needed in a historic downtown that can use some help.

(Courtesy of Delaware Public Archives circa 1898)

Long timers in the area recall that Loockerman Street was the commercial center of Dover in the 50’s 60’s and into the 70’s, although its history well preceeds the 1900’s.  They’ll reflect on the watching their favorite film in the movie theater, shopping in the Woolworth store, buying clothes in J.C. Penney, the numerous meals at restaurants, drinks in bars, buying tools in the Sears and Roebuck, or any other number of stories. Downtown Dover was the place to shop and eat in the way back when.

The decline of Loockerman Street began when the Blue Hen Mall opened in August of 1968. Stores like J.C. Penney and Woolworth closed their doors, and packed up their merchandise to relocate to the mall. In 1982, the Dover Mall opened in north Dover. The commercial district moved yet again, and further north. This time Sears and Roebuck closed and moved to the newer mall.  Through the 1980’s more business’ closed, more storefronts were left empty and foot traffic into the area all but disappeared.

Loockerman Street never closed but peoples minds to it did.

How often is this same story told in Everywhere America? 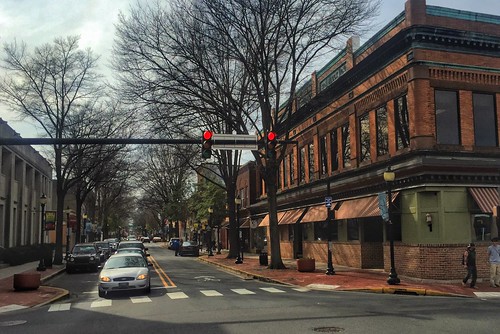 Over the years there were multiple task forces and several commissions mandated to revitalize Downtown Dover. They tore down the empty Sears and Roebuck building replacing it with an apartment building; same with the closed  Bayard hotel.  Gone as well were a series of store fronts left as green space for easier access to a parking lot on the adjacent road.

So much tearing down, but little seemed to build up. Task forces and commissions may have stabilized the patient, but growth and revitalization must come from forward thinking entrepreneurs willing to take a chance on a dream and the patronage of customers. 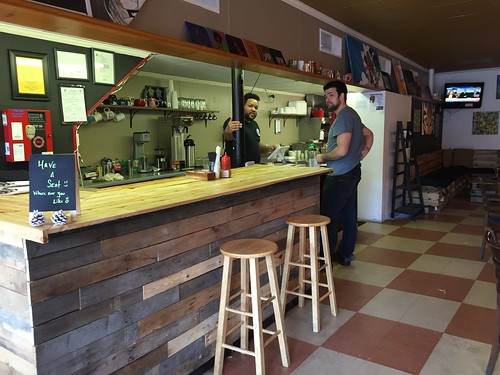 That’s Dom, Domonique Williams, behind the counter with his hand on the pole. He owns The Brunch and Lunch. Dom graduated with a degree in hospitality management from Delaware State University in 2013. March 1, 2015 he signed a lease on the building that would become The Brunch and Lunch (The BnL) when it opened for business on June 10, 2015.  His ideas for The BnL don’t stop with freshly cooked, quality food.His motto is “Small kitchen. Big dreams”.

I promise to talk about the food very soon.  After all, it is a restaurant. Spoiler, it’s delicious! 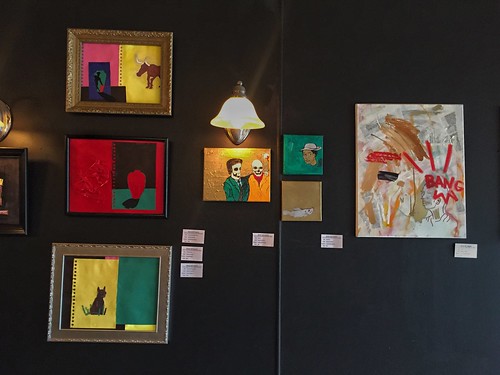 Dom is a supporter of the arts; specifically local artists. The BnL walls are lined with local art on loan from the Dover Art League. Every month a new local artist is featured on its walls.  Many, if not all, of the pieces are for sale. This month the prices ranges from $20.00 to $65.00. The BnL takes no commission from the sale as Dom believes all the proceeds should go to the artists. 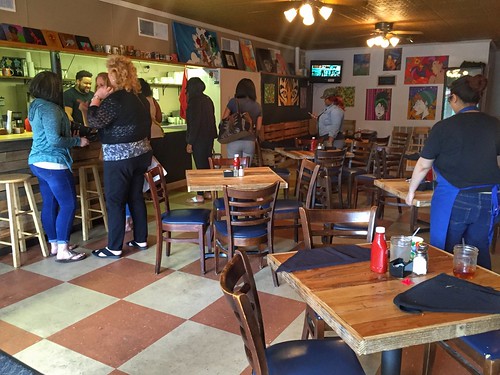 There are a number of very interesting events mulling around in Dom’s mind. It’s not for me to detail them here. That’s for him. I will say some are music events that will draw people to the area. That’s good for The BnL and for the other merchants on Loockerman Street. I know I’ll be there.

Ok, let’s get down to brass tax here. All the forward thinking, and all the events, and all the support of the arts is meaningless unless the restaurants food is something special. Why eat a burger here when there are 20 other burger joints in Dover?

First, this is not a fast food joint. There is no heat lamp keeping the burger warm for hours before being tossed in your bag. All the food is freshly made and freshly cooked.

Second, the prices are competitive. My choice of lunch was the Ohana; ‬a burger with fresh local ground beef, pulled pork, pineapple, and special sauce with fries for ten bucks. You can substitute a drink for the fries at no additional charge. 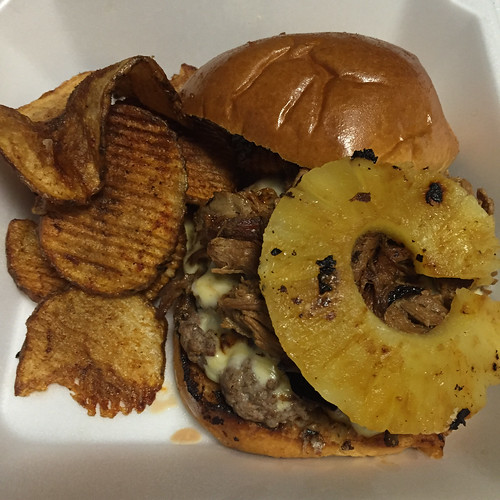 Third, it is more than a burger shop. Want chicken and waffles, or shrimp and grits for brunch then this is your place. Looking for a pancake breakfast, or omelet breakfast, scrapple, sausage,  veggie omelet for breakfast then this is your place. Maybe for lunch your craving a burger topped with creamy mac n cheese and a slice of rotisserie ham. Not in the mood for a burger, then maybe a rotisserie ham and swiss drizzled with the house honey mustard on a toasted bun. Are you brave enough to try the poached chicken topped with american cheese, pickles, ranch and their hella hot sauce ( I am not). Something more traditional; grilled cheese with american, cheddar, provolone, and swiss, served on 10 grain bread. (Descriptions from their menu)

Check out their menu for yourself: breakfast, brunch, lunch.

Forth, did I mention many of the ingredients are locally bought. They are. Eating at the BnL helps other local business.

The most important question. How does the food taste?

Fifth, the food is delicious. It really is. Now, I haven’t eaten every item on the menu. That would take some time. I will be a regular customer there. I highly recommend you visit it.

I hope, at the least,  I’ve raised some curiosity. Maybe even a new customer or two for them. Equally important, I hope people begin to return to the downtowns of Everywhere America. It’s important. It’s a way for everyone to help revitalize their community.

One final point. I am not associated with The Brunch and Lunch. I’m not Dom’s friend. I’m not an investor. I have no skin in the game. The great food coupled with Dom’s forward thinking excites me, but at the end of the day I am just a customer.

10 thoughts on “Journal:The Brunch and Lunch”